My "Turkia" campaign is starting to pay off 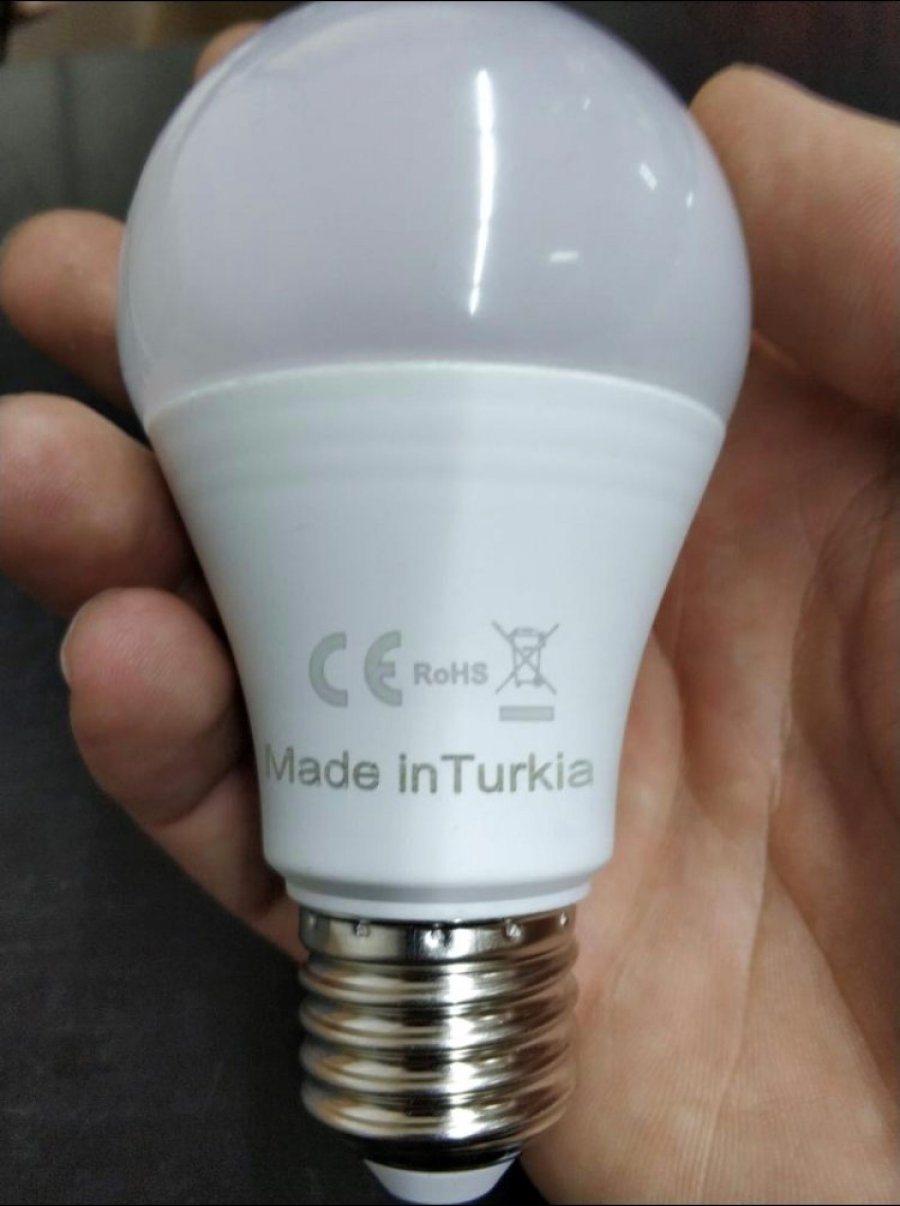 In April last year, I wrote an article titled “Our country's English name should be Turkia”. After this article, there were many different reactions, generally there were critics as well as support messages. At the point we have reached today, it makes me happy to see that "Made in Turkia" has begun to be put in, not only in articles but also on products.

We are just at the beginning of the campaign I started last year. One day everyone will use the phrase "Turkia" in English. First of all, let me give the link to the article I wrote on this subject: https://www.serhansuzer.com/en/ulkemizin-ingilizce-adi-turkia-olmali

I would like to remind you of the most crucial part of this article in the summary below:

The suffix -ia in English is the equivalent of the -istan suffix in Turkish. So, when you bring a nation or ethnicity to its end, you define it as “it’s their” country. For example, Bulgaria means the country of Bulgars, Malaysia, the country of the Malays. This is the case all over the world. I can give you many more examples:

The most recent example added among the countries ending with “ia“ is “Czechia”. If they were able to get “Czechia” accepted to the world instead of “Czech Republic”, then why shouldn't we?

Turkia defines the country as “the country of the Turks“. Now there are some that say "We citizens of the world are opposed to a particular geography characterization of a name linked to a specific ethnic origin" or those who say “There are Kurds in Turkia and outside Turks, there are Circassians, and more than 70 ethnic origin such as Bosniaks. It is not only a country of the Turks”. I partially agree with this. But there is also a fact.

When this country was founded from the ashes in 1923, by the Ottoman Empire, which ruled these lands for centuries before, the Seljuks and many other Turkish principalities before them, had determined these lands as their nests for centuries. Assuming the tendency to add “ia” to the end of the names of the ethnic groups that are the majority in the world, and accept the fact that the official language is Turkish in these lands, we can determine how accurate it is to say “Turkia” instead of “Turkey” which only makes fun of the country name.

In addition, a language that can say Turkia directly and pronounces it as it is written is the language of Basque. In the North of Spain, besides the Basque people, the Latino residents pronounce Turkey as Turkia in several languages ​and is only spelt ​slightly different. For example, in Spanish, Turkiye is spelt as "Turquia” and in Italian its spelt as "Turchia" but both are pronounced as "Turkia”.

After this article, I received positive feedback from the vast majority. Great support came from all those who have travelled the world, who can speak at least one foreign language, who have travel experience and those that do not have any complexes. In fact, all of the citizens of the world, who have a little judgment power, have expressed the meaninglessness of pronouncing Turkey as turkey (animal) being the name of our country.

Of course, there was criticism as well. Some of these went overboard. I even wrote an article about the strange criticisms I suffered from this situation. I also share the link to remind you: https://www.serhansuzer.com/en/egitimli-kesimin-yetersizligi-ve-kisilik-sorunlari

Generally, we can categorise these criticisms under 3 main headings. I will categorize these for you in order to explain the picture more clearly:

These status quoists said, “Let the name of Turkey remain, why are you dealing with something like this? We will continue to say "Turkey". Even in my neighbourhood there are status quoists. I don't even discuss this issue with them anymore. In fact, as I shared in the article I linked above, some go further and make the following comments (you can find my answers to them below):

- Let them call us turkey (animal), what’s the issue? Does this affect our brand value?

The Effects. Why do we identify ourselves with an animal that is described as a noisy animal in the Western culture and is the one made fun out of the most?

You can keep calling your country turkey (animal), this is your problem but I don't want my country to be called turkey (animal). I do not want an element there to make fun of my homeland and my people. It's that simple.

- It’s your problem that you understand it as turkey (animal) when they say 'Turkey’.  While there are a lot of problems in our country, why should we now deal with this?

- Let's get to such a level of development that when the British call us turkeys, our hats are taken off to them.

Let's all increase our level of development and be remembered with a name that will be respected and pleasant to the ear. These two are different issues. However, let's also understand that the name used also has an effect on people and other elements.

I also came across these comments. Why should we use the terms Greeks and Arabs use for us?

In our country, there are those who are hostile to those in these two neighbouring geographies where we have lived in the same land for centuries. Everyone's prejudice and negative thoughts bind them. First of all, I would like to underline this. Even if each country has a general characteristic, individuals in those countries may have different characters and mentalities. Even very different characters can come from the same family. Therefore, we can say that it is not right to categorise Arabs like this or Greeks like that. There are good people and bad people everywhere. We cannot even say that everyone is 100% good or 100% bad. A good person is a person whose good sides are dominant. For this reason, I blindly refuse racism. I invite everyone to respect universal values.

Of course, it is necessary to also interpret the word "Turkia" correctly.

First of all, Arabs write in Arabic, Greeks use the Greek alphabet, neither of them use the Latin alphabet. Therefore, although the pronunciation is the same, you won’t see the Greek or Arabic word "Turkia" written in Latin letters.

In addition, a language that can say Turkia directly and pronounces it as it is written is the language of Basque. In the North of Spain, besides the Basque people, the Latino residents pronounce Turkey as Turkia in several languages ​and is only spelt ​slightly different. For example, in Spanish, Turkiye is spelt as "Turquia” and in Italian its spelt as "Turchia" but both are pronounced as "Turkia”. In other words, pronunciation by the Arabs and Greeks, Italians and Spaniards are the same and pronounce it as Turkia, however different authors have stated that, their spelling does not mean anything to us. However, you can immediately realize that the words "Turquia" or "Turchia" are read as "Turkia", since the Latin alphabet is used in Spanish and Italian.

3) Locals who don’t understand the world

The vast majority of critics also prefer to use "Turkiye" instead of "Turkey". This shows a high number of our localised citizens have not been able to rise above. The saddest part of this is that these people are closed to any interpretation other than what they know, and therefore cannot improve themselves in terms of their worldview.

Firstly, even if we like the word "Turkiye", foreigners cannot make sense of it. They also can't pronounce it. Put the word “Turkiye” in front of a foreigner (especially someone with English as the main language) and see if they can pronounce it. I have tried it on many foreign friends before, let me tell you what will happen: Strange pronunciations like “Turkay, Törkay” appear.

English is a different language and you have to choose a word that fits the foundation and nature of that language. The letter "Ü" does not exist in English (it is not present as a letter, and native English speakers cannot pronounce it, they can only say "u" instead of "ü").

I will also remind you of a rule of English that I have spoken about many times before: -ia in English is the equivalent of -istan in Turkish. So, when you bring a nation or ethnic origin to the end, you define it as "its country". To give another example, Estonia is used to mean "country of Eston", and for Russia, "country of Russia". This is the case all over the world.

Below I share one of the self-confident comments made by an ignorant person, as an example of this:

The person who wrote this comment both belongs to the racist group I mentioned above and also joins the local group that cannot understand the world. I have this to tell him: The phrase "Made in" is in English. Since the world language is English, you can definitely find the phrase "Made in" on the production labels. You cannot mix words from different languages into a phrase written in English. This means, you cannot write "Made in Turkey". You can write it in Turkish “Turk Mali". Equally, you cannot write "Made in Deutschland". It should be is written as "Hergestellt in Deutschland".

Forget that this person cannot fully grasp English, he also added Greek hostility to his comment. As I commented above, the Greeks write in their own alphabet, they do not write "Turkia" in the Latin alphabet, and so what if they call us "Turkia" as dozens of countries would say in their own language? Such a pity.

Also, the Greeks call themselves "Hellas", and the Japanese "Nippon". You won’t hear any of these terms in English. You get me?

As a result, all these criticisms and comments have an appropriate response. I think that those who are World Citizens and have good English, read without prejudice and value linguistics, will understand and support my cause. In this sense, I would like to thank all those who have supported my "Turkia" campaign. We will make history together.

Those who do not support it are not a problem either. We will all witness that the English name of our country will change to “Turkia” throughout my lifetime. I believe this with all my heart. I will be proud of it as the person who fired the extinguished fuse of this case and initiated the first campaign to bring it to an end.