Our country’s English name should be “Turkia”

It has hosted numerous civilizations, formed of many deep historical layers, consisting of such a rich cultural country, in the most widely used foreign language in the world, our country name actually means “Turkey" (as in the animal) which I find unacceptable. As previously suggested by Ege Cansen, as many countries have ended their name with the suffix “ia”, it is more appropriate to call our country “Turkia” formed by also adding the “ia” suffix.

The first time I went to England on my own was when I was 12. I have had this question in my head ever since then. Why do they call our country “Turkey” or “Hindi” (the animal in Turkish)?”. It has been ridiculous to me since I first ever heard it. But everyone was so accepting of it that I just had to use it. But I could never accept it.

This feeling of inadmissibility reached its highest level when I was studying in Canada. Even my kind hearted Canadian friends would make ill minded jokes by saying, "Serhan, I want to eat Turkey in Turkia”. And I would always react by saying “It's not funny”.

Imagine a country; The intersection point of the East and the West is the land that has cradled hundreds of civilizations in history, and today there are all kinds of elements that form the basis of even the cultures of the developed countries. For example, there are more ancient Greek ruins in Turkia than Greece, Mother Mary spent the last years of her life in her home believed to be in Turkia, the legend of Santa Claus which was inspired by St. Nicholas who lived in Anatolia, and the most oldest churches of the world widely found and established on this land. You see a country like this rise to such a high status and then you name it after the image of the animals seen below which are not as sympathetic and are overly noisy. Both are nonsense to me. 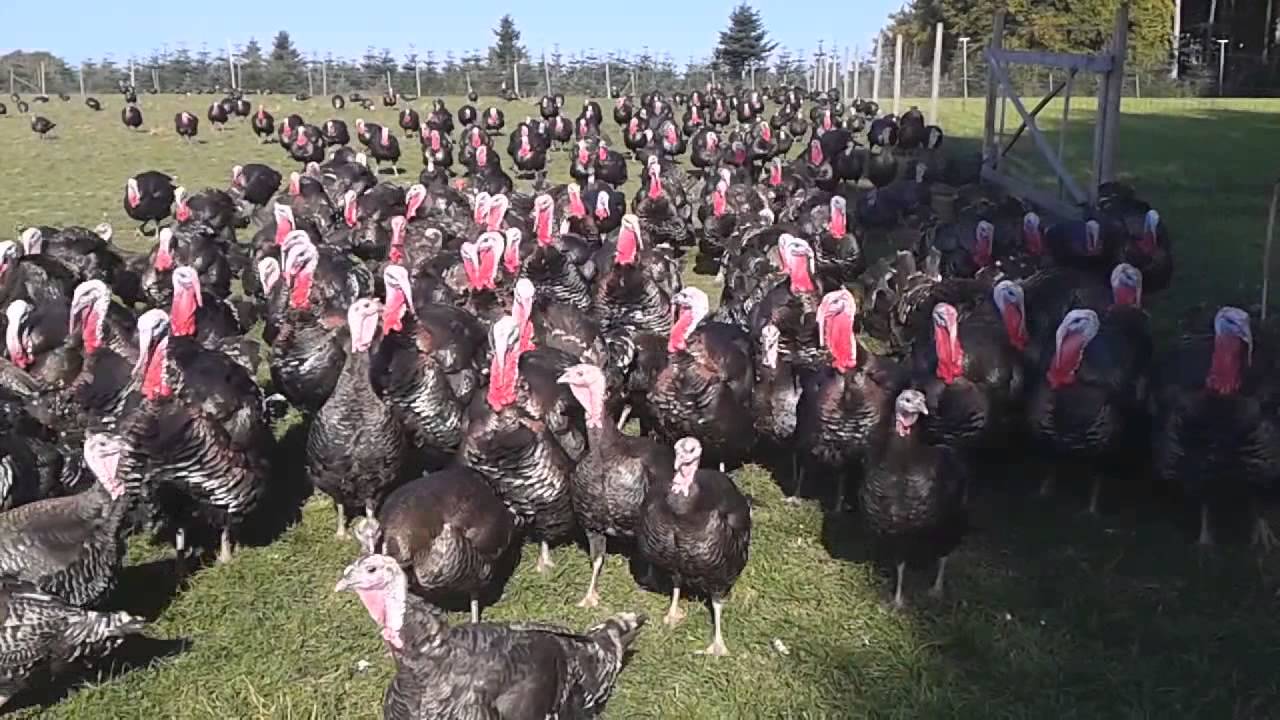 There are many theories about how the name “Turkey” was given. One or more of these may be true. It does not matter. What makes me and many Turks like me offended is being called Turkia after an animal and making fun of our country under their breathe. We can’t accept that.

I should say to those who are not familiar with the North American culture: Turkey is the most mocked bird in the culture of the USA and Canada (example: https://www.rd.com/jokes/turkey-jokes/ ). Of course, the appearance of the turkey and the fact that it is a noisy bird, as well as the fact that it is showcased on Thanksgiving, which is celebrated on the last Thursday of November each year, is of great help. Beyond being a ridiculous bird of mockery, hundreds of thousands of Turks living in North America also get their fair share of turkia jokes. I've seen this too.

The solution I came across while reading the article

Which word could we use in place of the word “Turkey” that would be correct in every respect? I have been looking for the answer to this question since I was little and then I found the answer in an article I read in the last month.

Since I started my career within the tourism sector, I have been following news of the tourism sector in our country ever since. Recently, while browsing the news of the Tourism Newspaper, Ege Cansen's article title caught my attention: “TURKISH IS BETTER THAN TURKEY, BUT THE RIGHT WORD TO USE IS TURKIA”. This is the link of the article published: https://www.turizmgazetesi.com/article.aspx?id=86866

Suddenly, it hit me. Without wasting any time, I opened up the article and finished reading it quickly. I remember finally finding the answer to the question I have been looking for all along by yelling “That’s it!” I yelled with the pleasure of finding the answer.

Mr. Ege expressed the situation very well and gave the direct answer to the question. I have a few more things to add to his article. But first of all, I would like to introduce Mr. Ege to you because I have the highest respect for the original mentors who lead the way: 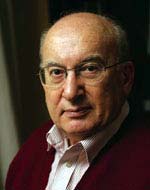 Kemal Ege Cansen was born in 1938 in Ankara. He completed his high school education in Izmit High School and his university education in the Department of Business Administration of the Faculty of Administrative Sciences at ODTU. After completing his university education as an honor graduate in 1961, he started to work in Arçelik. He received an MBA from Wharton School in the United States, where he went on a scholarship from Arçelik. In 1991, he received an appreciation award from ODTU for his contributions to the Turkish industry.

Between 1987-1999, he gave “Business Economics” courses to master and doctorate students of Marmara University Faculty of Engineering. He still works as a Management Consultant. In 1983, he started writing for the column titled “Oyunun Kurali” in Hürriyet Newspaper. He is married to Handan Hanim and has one child.

The suffix -ia in English is the equivalent of the -istan suffix in Turkish. So, when you bring a nation or ethnicity to its end, you define it as “it’s their” country. For example, Bulgaria means the country of Bulgars, Malaysia, the country of the Malays. This is the case all over the world. I can give you many more examples:

The most recent example added among the countries ending with “ia“ is “Czechia”. If they were able to get “Czechia” accepted to the world instead of “Czech Republic”, then why shouldn't we?

Turkia defines the country as “the country of the Turks“. Now there are some that say "We citizens of the world are opposed to a particular geography characterization of a name linked to a specific ethnic origin" or those who say “There are Kurds in Turkia and outside Turks, there are Circassians, and more than 70 ethnic origin such as Bosniaks. It is not only a country of the Turks”. I partially agree with this. But there is also a fact.

When this country was founded from the ashes in 1923, by the Ottoman Empire, which ruled these lands for centuries before, the Seljuks and many other Turkish principalities before them, had determined these lands as their nests for centuries. Assuming the tendency to add “ia” to the end of the names of the ethnic groups that are the majority in the world, and accept the fact that the official language is Turkish in these lands, we can determine how accurate it is to say “Turkia” instead of “Turkey” which only makes fun of the country name.

In addition, a language that can say Turkia directly and pronounces it as it is written is the language of Basque. In the North of Spain, besides the Basque people, the Latino residents pronounce Turkey as Turkia in several languages ​and is only spelt ​slightly different. For example, in Spanish, Turkiye is spelt as "Turquia” and in Italian its spelt as "Turchia" but both are pronounced as "Turkia”.

The first use of Turkia in our Bor video

After all this analysis, I commend Ege Cansen for the campaign to establish the name Turkia in 1991. However, due to lack of support for Mr Ege, he ended his campaign two years later.

I remember that after reading his article and saying, “That’s it!”, I asked myself “this campaign needs to be started again, but by who?”

I found the answer to this question in recent weeks: You already know that we laid the foundations for a very important investment for our country. I am talking about the integrated solar panel production facility that we started in Niğde Bor OSB. I recently wrote an article: https://serhansuzer.com/en/enerji-bagimsizliginin-temelini-nigde-borda-attik

When looking at the translations of the groundbreaking video, we had to write down where we were at the beginning of the video. I suddenly remembered Ege Cansen. I decided at that moment. Let's start this campaign again with this project, which will perhaps create a real-world brand from the country. As a first step, I used the word “Turkia”. Here is the video: https://www.youtube.com/watch?time_continue=3&v=9LX3lLEtOK8

In order to give you an idea, here are two videos of our foundation laying ceremony: 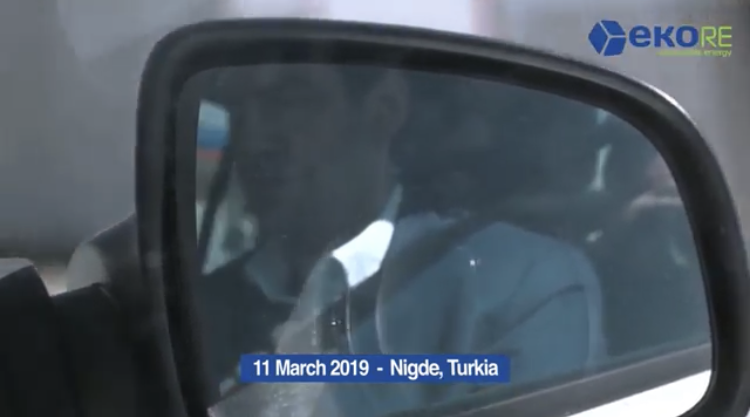 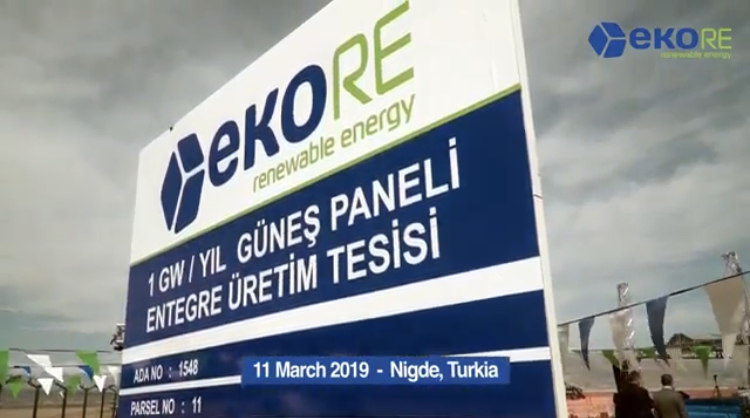 An open invitation for the use of the word ‘Turkia’

As for me, I will continue to call my country “Turkia” for the rest of my life, even if there is no one supporting me with this. This is how it will be. I want to finish my words in English by using the word Turkia:

I am a world citizen, that’s for sure. I respect and love every culture, tradition and ethnicity on this planet. I am also proud of my country, Turkia!

*With regards to my comment about Czech Republic, my good friend Mr Okan Demirkan who is a lawyer said he will support my campaign. I added it to the article. I thank him for his positive contribution.

Note: After posting this article, I received many nice messages and comments supporting me. The most suggested name was the use of the word “Türkiye”. I gave them the following response:

Each language has its own nature. We don't have the letter "ü" in English. They can read “ü” as ”u” or “ö”. The word we like to use “Türkiye“ is a struggle for foreigners and foreign language speakers to pronounce as they can’t do the tongue roll. When it is written as “Turkey," foreigners generally pronounce it as "Torkey” or other variations that they can say.

Finally, in my article, I explained why “ia“ should be used and it to be spelt as “Turkia”. I cite my article: The suffix -ia in English is the equivalent of the -istan suffix in Turkish. So, when you bring a nation or ethnicity to its end, you define it as “it’s their” country. For example, Bulgaria means the country of Bulgars, Malaysia, the country of the Malays. This is the case all over the world. I can give you many more examples:

Other than that, I also received some strange comments. I also wrote my thoughts about these comments in my next blog post. For those who would like to read it, can reach it at this link: https://www.serhansuzer.com/tr/egitimli-kesimin-yetersizligi-ve-kisilik-sorunlari