New targets and hopes for a New Year… 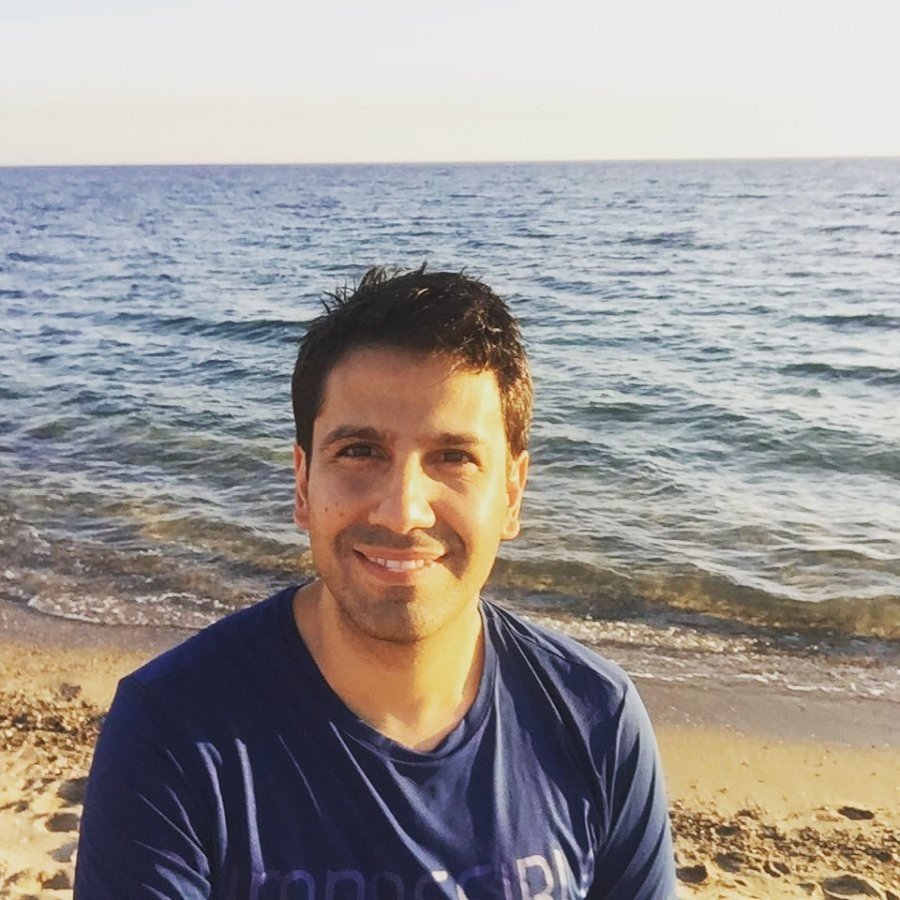 We have recently left behind an eventful year marked by much sadness for our society, but a year in which we have also enjoyed some great successes as we forged ahead despite the uncertain business climate.  In this, the last post of 2016, I would like to evaluate our achievements over the past year and list our targets for 2017.

What a year! Challenging circumstances and a series of tragic events both around the globe and in Turkey did not make life or business any easier in 2016.

There is both good and bad to trying to get something done while negotiating slippery ground. The bad part is the struggle to preserve your physical and mental health while feeling as though you’re picking your way across a thin sheet of ice. It is essential that you find a way to do this. To the extent possible, I kept my head high and my eyes on the prize as I focused on what needed to get done.

The good part is that my colleagues and I managed to meet our goals and achieve many successes despite such challenging circumstances.  That we succeeded at so much during such a difficult period gave us all a boost of confidence.

Most importantly, we achieved numerous “firsts,” which I’ve summarized below:

1. EKORE: We concluded our first ever financing agreement for the Konya-Kulu Solar Power Plant project.  The financing we received from TEB (Turkish Economy Bank) was also the first time they financed a solar power project of this kind.  The first financing for our Wind Power Plant project was concluded with TKB (Turkish Development Bank) for the İzmit Kandıra project. TKB enabled us to benefit from a World Bank fund. The first solar power plant we put into use was the one in Konya Kulu. Below, you can find a lengthy post about the construction of Konya-Kulu, as well as press conferences on the subject.

We announced the first production facility in Turkey for module, cell and wafer solar panels and laid the foundation for the facility in Niğde-Bor. We plan to produce high-efficiency panels in Turkey that become a global brand. 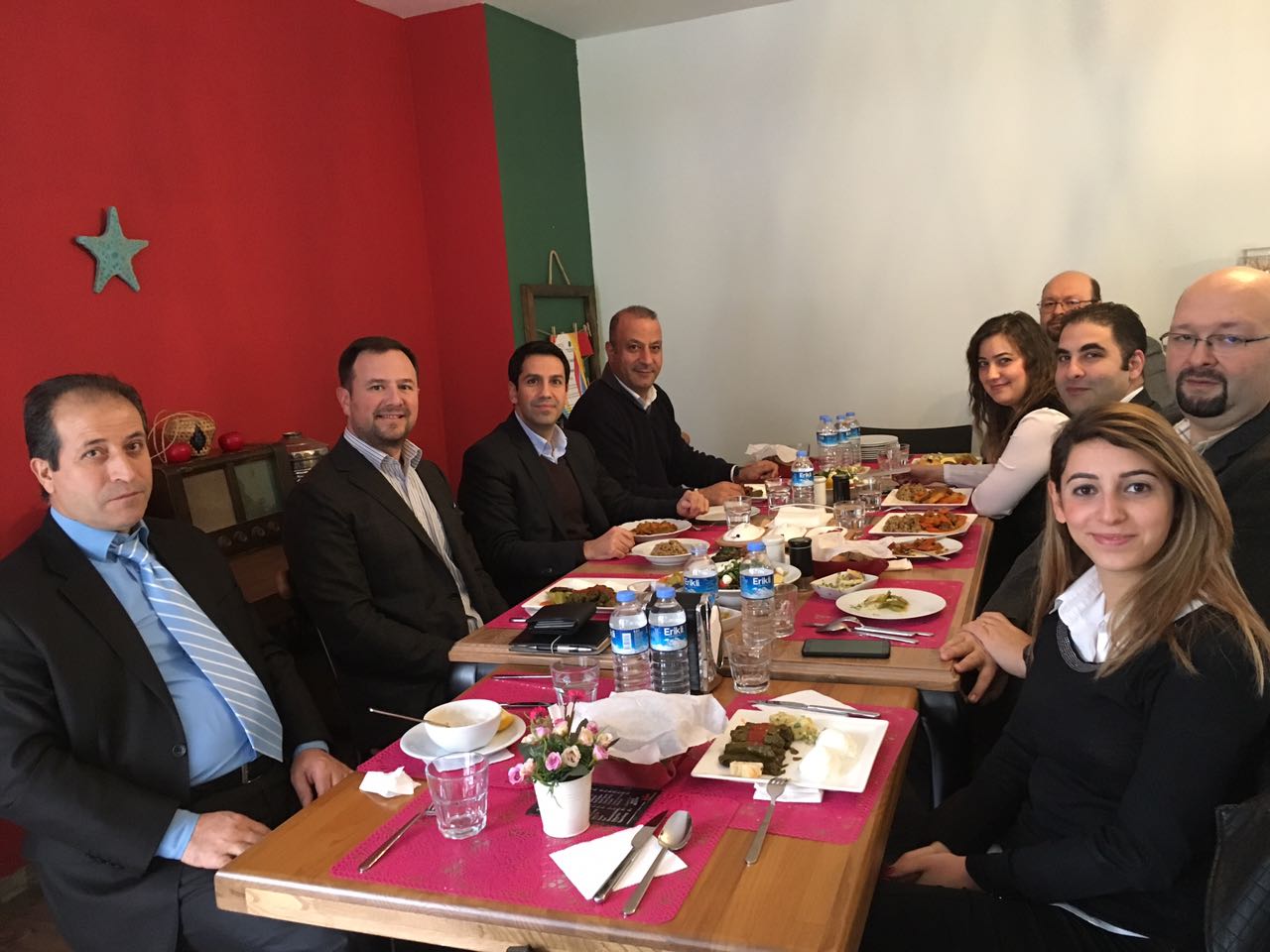 3. EKOCC: Despite the problems in the retail and e-commerce sectors we serve, we succeeded in expanding our portfolio to over 30 companies. In the call center sector, where acquisitions by foreign companies, we brought about, for the first time, the merging of two 100% Turkish call centers. I will provide more details about this later in this post.

4. TİDER: We joined the Step-by-Step platform for the first time and began a fund-raising campaign for the Istanbul Marathon. The campaign was successful, and we raised significant funds for the Support Market we were going to open in Bağcılar-Esenler. We also achieved our long-term target of finding employment for 50 people. That is, we completed vocational training for 50 people. For the first time, we were able to secure a range of products including fruits and vegetables, and distribute them at Support Market to those in need. We received support from major firms like Unilever. 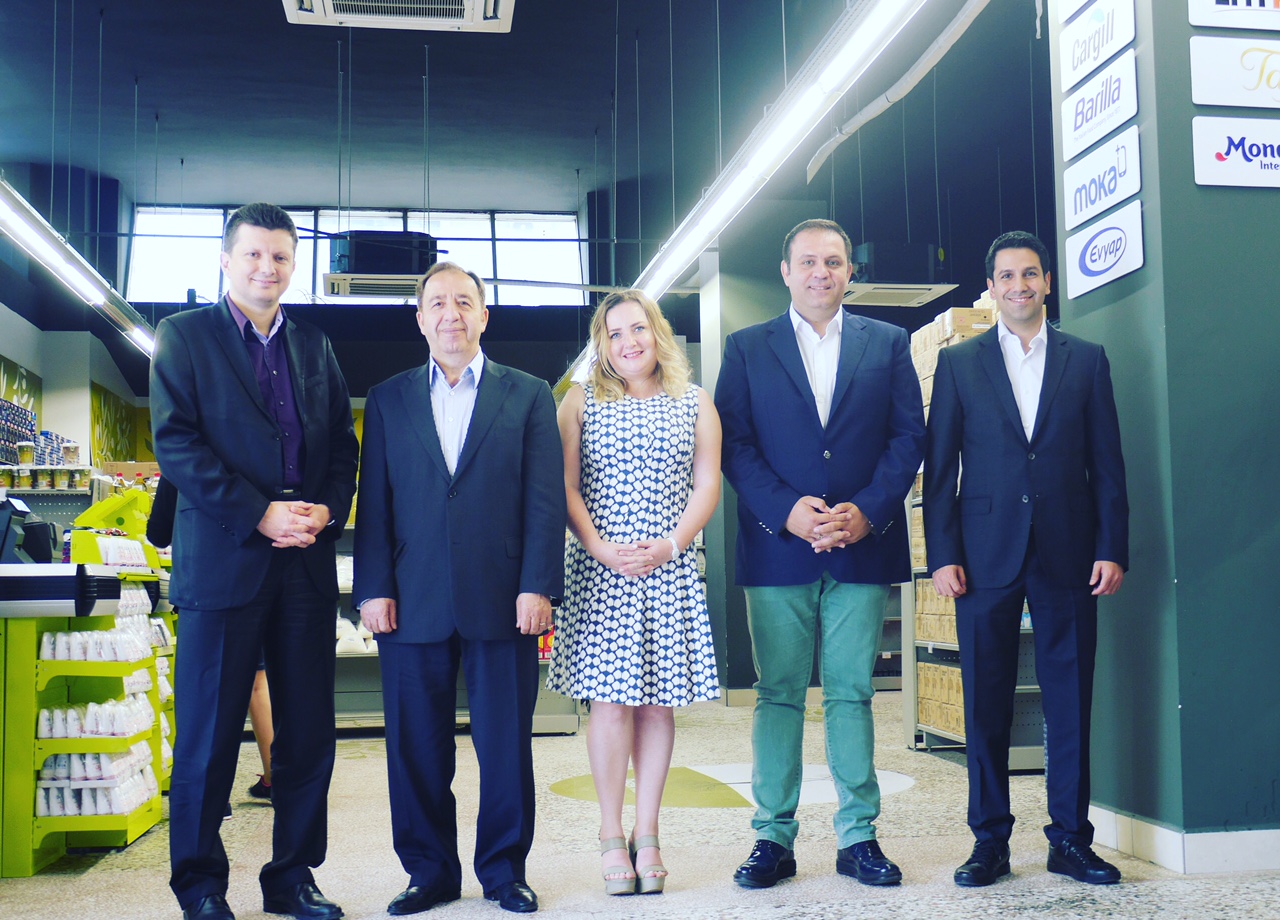 Last of all, we were recognized by an important institution like Sabancı Foundation and seIected for their Those Who Make a Difference Program. This was a valuable contribution to us at Tider. I would like to thank, once again, those who considered us worthy of this program. 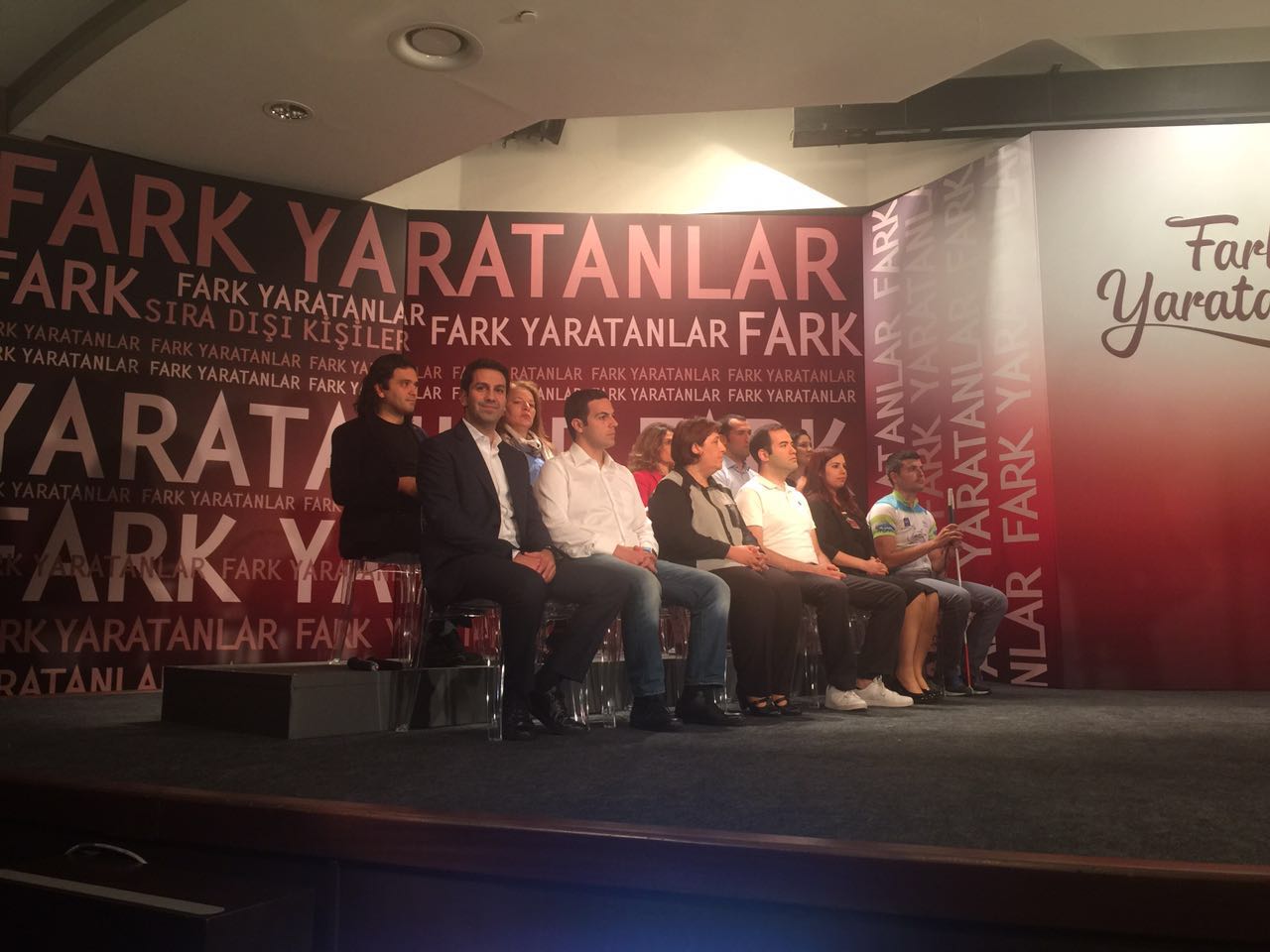 I also began writing in a regular and disciplined fashion for this website. When I look back at the first post of 2016, I felt as though I had provided a glimpse into the coming year. The greatest pleasure I take in posts like this one is being able to read them later and think to myself, “Wow, I foresaw what was going to happen. Well done.” This is the first post of 2016: http://www.serhansuzer.com/tr/2016-guzel-bir-yil-olacak

Along with listing  these “firsts” from the past year, which was a success by any measure, what I want to do here is list my goals concerning both our companies and the NGOs with which we’re involved. 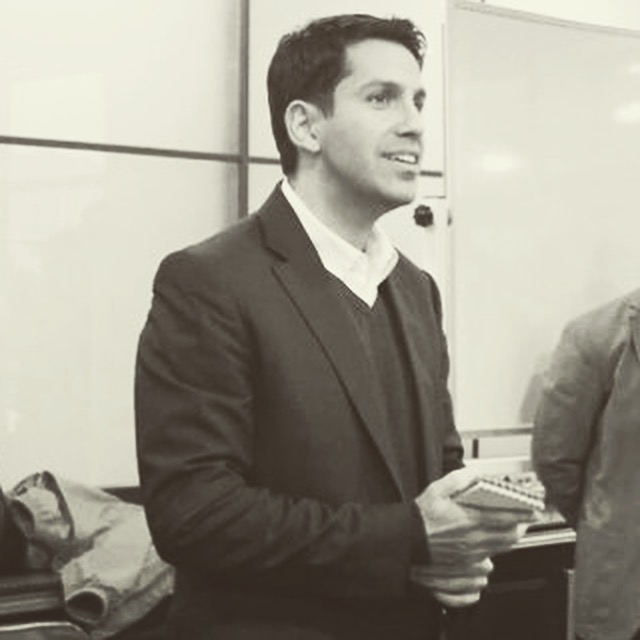 My end-of-year talk to my colleagues

Let’s start with business. A very busy year awaits me and my colleagues. I’ll try to summarize my expectations below under the heading “Overview”. I’ll also provide some specific information for each company. 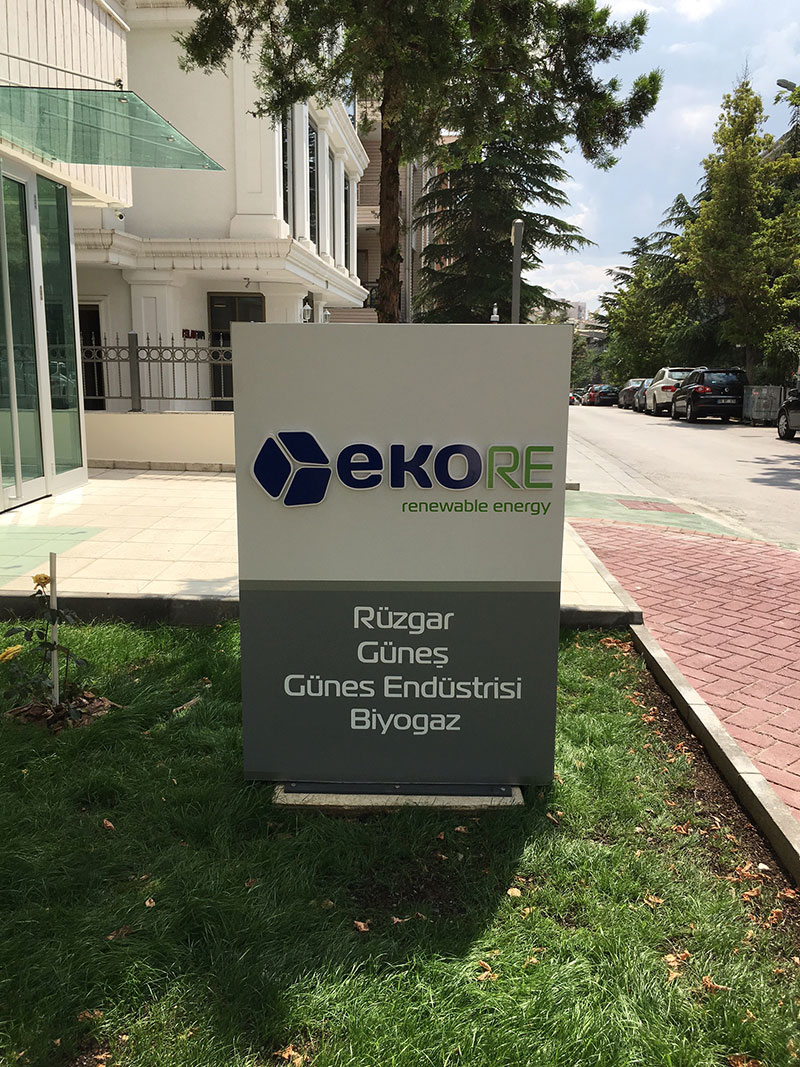 Targets have been set not only for our businesses, but for our activities with NGOs as well. Let me share them here:

In 2018, after ten years of service, I am planning to resign. 2017 will be the last year in which I serve as consular general for a full year. We have a lot planned for this year and will increase the pace of our activities aimed at securing a Free Trade Deal between our two countries. We will also develop networking ties between many sectors and Costa Rica’s trade agency, Procomer, to further boost business relations and opportunities. 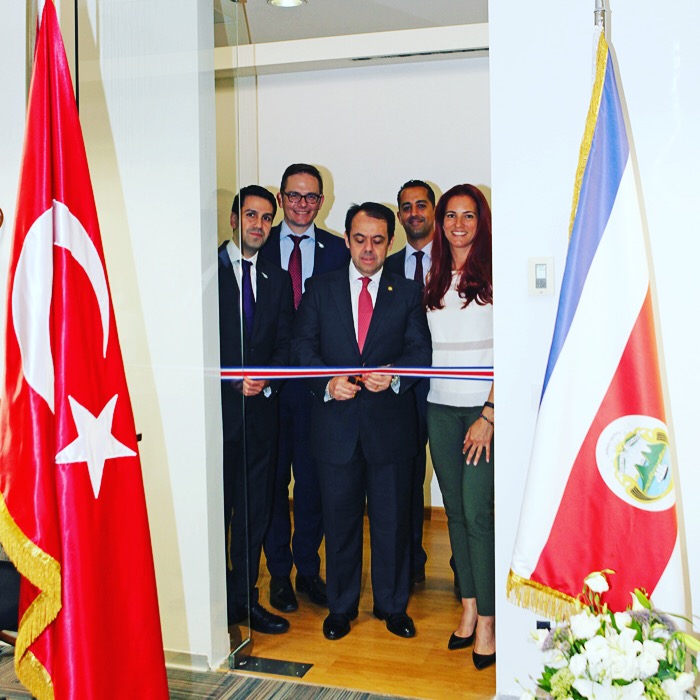 On the cultural front, we are organizing an exhibit by one of Costa Rica’s leading artists, Joe Sancho, at the Pera Museum from Mary 31st through August 21st. You can view some of Jose Sancho’s works at this link: http://josesanchoescultor.com/.  I hope art lovers find the time to visit this wonderful exhibition.

Important developments were the opportunity I had to convey my experiences as a sector insider on a platform like the United Nations, and the partnership agreement signed between EkoRE and the Royal Academy of Science International Trust (RASIT), an organization chaired by Iraqi princess Nisreen el-Hashemite that fosters women’s achievements and participation in scientific endeavors. Throughout the year, I attended many events and was invited to speak at international conferences and seminars. The last of these was a live broadcast on Turkey for “The Climate Reality Project” founded by Al Gore. Following remarks by Al oe, Ergen Şenyuva and I responded to the moderator’s questions about our activities in Turkey. I wrote about this a few weeks ago: http://serhansuzer.com/tr/dunyayi-iyilestirmek-isteyenlerle-her-seyi-kendine-isteyenlerin-mucadelesi

You can find the relevant interview below, and below the letter I was honored to receive from Al Gore.

A thank you letter from Al Gore

I will continue in the coming year to make my contribution to the Fight Against Climate Change by speaking on major platforms such as those organized by the UN and Climate Reality, and by accelerating the pace of clean energy projects and of the development of green technology. You can be certain I will all I can on this subject.

Moving along to my personal life, I would like to share some of my resolutions. Let’s start with sports. In addition to regular cardio (running) and definition (kinesis and/or weights) work-out sessions, I plan to take up some other sports once again. I’ve listed them below:

In Istanbul, places to dance are mostly populated with well-off youngsters checking out their surroundings with a glass in their hands. What I’m looking for is a way to have a good time while at a wedding party or nightclub. I have two plans:

The last of my birthday celebrations was held in our office. Because I was born near New Year’s, I gave a talk about what we have achieved and what we will achieve next year, along with some advice for my colleagues.

Celebrating my birthday with friends at 360 Istanbul…

At a seafood restaurant waiting for appetizers in Parga, Greece, which I visited most recently during the bairam holiday…

Last of all, another big change in my personal life: I might move away from the home in Nişantaşı I’ve enjoyed for the last nine years. The reason I lived in that neighborhood was its proximity to Dolmabahçe and my office in Akaretler (as well as liking my landlord and their family so much). I’ve had to travel back and forth to our other office in Maltepe over the past 3 years. Sometimes, the terrible traffic gets me down. That office is being relocated to Çekmeköy quite soon, so perhaps the time has come for me to move that same area. Most likely, I’ll bid a sad farewell to Nişantaşı sometime this year. Of course, Çekmeköy also has its charms and I think I’d appreciate life in a home with a garden surrounded by greenery.

The last change I want to make in my personal life is my car. Don’t get me wrong; I’m not one to chase after the latest luxury model. I’ve been driving a 100% electric-powered Renault Fluence since 2013. Since July, though, that car’s been inoperable. Unfortunately, the battery system stopped working and Renault has been unable to import a new one and fix it. If I meet my business goals in 2017 I’m going to reward myself with a top of the line electric-powered Tesla.

That concludes this, my last post of 2016. I’ve written a post without fail nearly every single week of the year. I won’t be writing anything over the next three weeks, or over the Turkish national and religious holidays. Other than that, I expect to be here sharing my thoughts on a weekly basis throughout 2017.