My Twin and Tomy the Robot 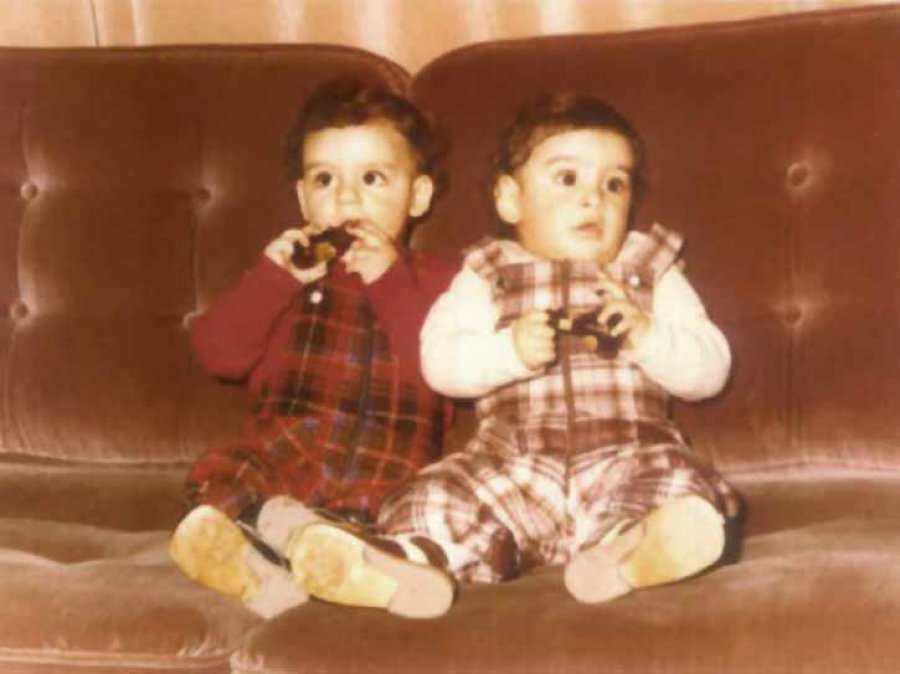 Have you ever known what it is to live as a twin? I spent a great deal of my life sharing the same things with my brother. We have some wonderful memories… In this post you’ll find my reflections on what is different about being raised as a twin and how these differences enrich us.​

In my post on the Ruins of Ani I talked about its rich cultural mosaic. I emphasized the multiculturalism resulting from the rise and fall over 7000 years of numerous civilizations, kingdoms and empires in that part of the world. I also wrote that instead of debating the superiority of any one culture, whether in Kars or anywhere else in our country, we should embrace this wonderful mosaic – especially at a time when efforts are underway to make us all carbon copies of each other. I mentioned that it is possible to find a variety of characteristics within the same family and even between siblings, and pointed out that this should be regarded as a source of strength, not weakness.
When I mentioned the difference between siblings I had my own family in mind. I have a twin brother named Baran. We’re fraternal twins, not identical twins. We were born ten minutes apart. We are completely unalike, both in appearance and character. Here’s a photo of us as kids: 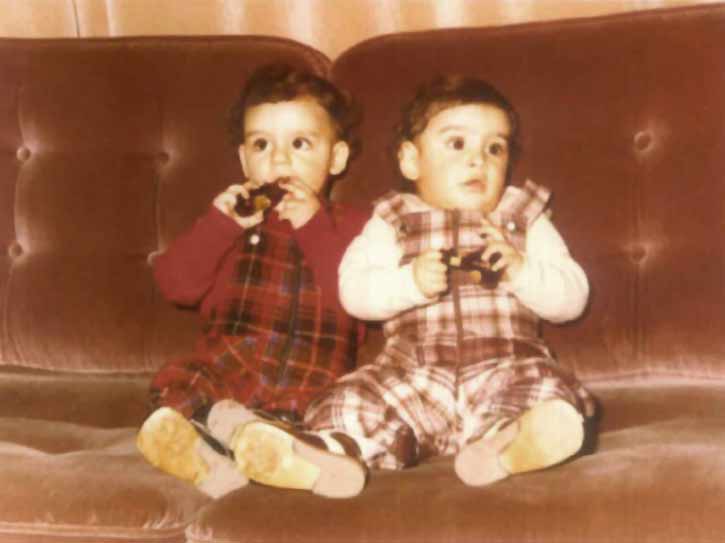 Here I’ll repeat the advice I share at every opportunity with the parents of twins:

Here I’ll repeat the advice I share at every opportunity with the parents of twins:
Never forget that twins are two separate people born a short time apart. I think it’s wrong of parents to choose the easy path by encouraging twins to look alike and to do everything together. More of an effort should be made to raise twins as individuals. For example, twins should definitely not be dressed in matching outfits. The reason: They have different tastes. Dress them differently when they’re young and encourage them to choose their own clothes when they’re old enough to do so. Also, place them in different classes. If possible, enroll them in different schools tailored to their needs. Twins who study in the same class or school are inevitably compared to each other by their friends, which is something that can cause problems down the line.
Never forget that they are two separate people with different characters and their own individual set of skills. Identify the strengths and talents of each, and guide them accordingly. For example, if one of them is athletic, enjoys sports and is physically fit, encourage him or her to take up sports. Perhaps that twin will go on to become a professional sportsman, or perhaps participation in a school team will foster his or her personal development. If the other twin is interested in computers encourage him or her to study computer engineering or software programming. Observe your twins closely so that you can nudge them in the right direction, helping them to enjoy life and to choose the right career path. By doing this, you’ll optimize the relationship between the twins as well as the relationships they form with other people, and you’ll help maximize the contribution they each make to society.
My twin brother Baran and I had a lot in common. We shared the same environment until we went to university. Our bedrooms were on the same floor, opposite each other. We did everything together. We studied in the same class in primary school, middle school and high school. Baran then went on to university in England while I went to Canada. When we began our careers we worked together from time to time since we both work for the family company.
Naturally, some of our memories are similar to the adventures of Ali and Nuri we frequently see on TV these days. As a twin, I enjoy this advertising campaign by Akbank. While I’m watching some episodes I say, “Hah, that describes us exactly.” Other episodes strike me as having nothing to do with what it is to be a twin. Overall, however, I think it’s a successful ad campaign and congratulate everyone who worked on it.
Below I’d like to share 4 “Ali and Nuri” ads that shed some light on my relationship with my twin:

I’d also like to share some of my own memories of what it’s like growing up with a twin brother:
Süzer Holding, which is headed by my father, was among the top export/import companies in Turkey in the ‘80s. It was one of the very few firms in Turkey whose total exports and imports exceeded billions of dollars. International trade meant my father spent a lot of time visiting countries around the world. After each trip he’d bring us home a present, and we always enthusiastically awaited his return.
All during my childhood the present I loved most and that left the most lasting impression on me was a robot my father brought us during a business trip to Japan. The robot’s brand name was Tomy, so that’s what we named him. I was absolutely enraptured by my new toy. I examined every last part of the robot, trying to figure out what made it work. Here’s a photo of Tomy I found on the internet: 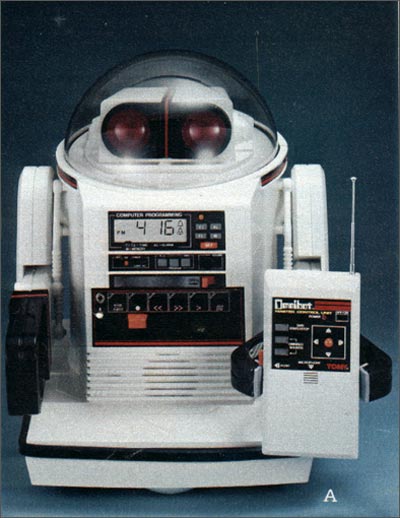 As Baran and I were sitting in the living room one day Tomy suddenly said, “Hi, boys.” The robot’s first question was, “How are you doing?” As he spoke his eyes flashed. Baran immediately got into a conversation with the robot. As for me, I knew what had made the robot talk. There was a remote control which enabled you to make Tomy speak using your own voice. Right away I started looking for the person in the house who was using the remote control. When I got to my parent’s room my father held a finger to his lips to hush me and beckoned me to come over to him. He continued working the remote control with his other hand to continue “chatting” with Baran. They were having a long, serious conversation. My father had changed his voice, and I could hear it echoing in the other room, all tinny and full of static, like a walkie talkie.
Here’s a word-for-word record of their dialogue:
Tomy: “How old are you?”
Baran: “I’m 7.”
Tomy: “Are you a boy, or a girl?”
Baran: “I’m a boy, of course.”
Tomy: “Are you sure?”
Baran: “Yes, I’m sure.”
Tomy: “I don’t believe you. You might be a girl.”
Baran: “I told you, I’m a boy.”
Tomy: “Prove it.”
At that point my father and I joined Baran in the living room. I won’t go into details about what I saw; let’s just say that Baran was determined to prove his gender to Tomy. “See, I told you I was boy,” he said, showing the evidence.
I made fun of Baran, of course, and was terribly embarrassed. Our dad, who loves pranks, had just pulled a great one. This episode is now a treasured memory and shows the kind of relationship we had back then.
So what happened next, you might wonder. Like I said, each twin has his or her own set of skills. I had an interest in technology. It took me some time to begin work I really enjoy, but I finally followed my heart and my brain. Now I’m realizing my dreams in the fields of renewable energy and software.
In the same way, my twin brother Baran is doing work he enjoys. His life is very different from mine. Sometimes we wonder how we could be so unalike but, like I said, differences are a source of richness. What’s important is to celebrate your differences and make them work to your advantage. In my next post I’ll try to explain how to do this, illustrated by another memory I share with Baran.