Greed in the wake of disaster of our neighbour 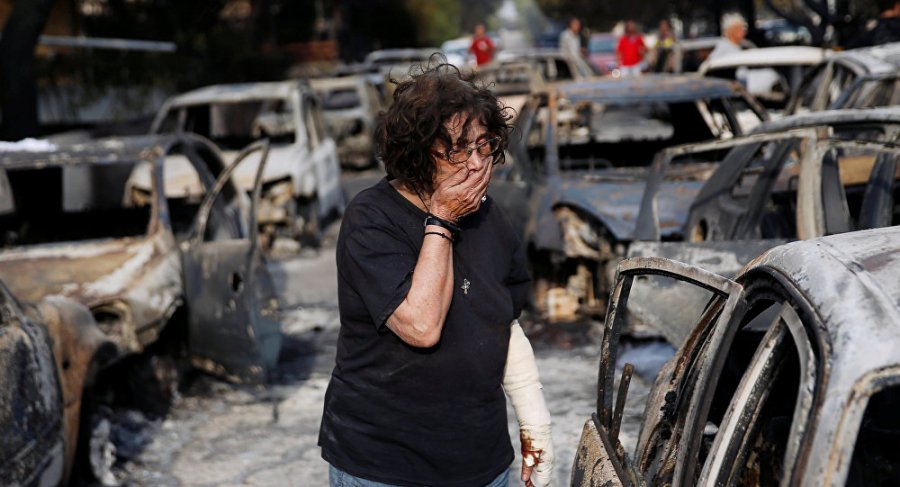 Last week I had written an article about racism. We are living in a time where humanity is degenerating. It seems the distress is never ending; grudges, hatred and violence have hit all new highs, we feel the pressures of climate change and as a result, natural disasters are increasing. In other words, us as humans are bringing the world to an unlivable state.

I summarized the end of the article I shared last week titled ‘Racism is nothing but fooling oneself’ like so:

The difference is not in the blood, it’s the goodness in the heart

It is silly to categorize people based on their countries, beliefs or language. I believe there are two types of people: a good person and a bad person. And of course, we can’t say that everyone is 100% good or 100% bad. But there are those who weigh heavier on the good side, ones that know the bad but insist on being good. No matter where you go in the world, no matter which race you deal with, there will be good people and bad people there. In their own country or in their own race there are those who try to inflate the situation on the whole which is nothing but fooling themselves and those around them.

I myself along with people around me are trying to fulfil our duties as good people. What we do at TIDER is one of the most striking examples. We have today succeeded with many good things at TIDER and will continue to do so. My next article will be about TIDER.

Here’s to good and productive people!

As I was just beginning to write my article about TIDER, the calamity began in Greece. The fires which could not be put out unfortunately claimed the lives of 88 people. With this opportunity, I wish my sincere condolences to the Greek population. I also wish patience to those who lost loved ones.

After reading some of the things written about this fire disaster on social media, I decided to write an article about it. I couldn’t just stand idle. We can do as much good and initiatives with TIDER, Good4Trust and other channels, we can try elevating people but then the environment and system we are found in runs us straight against a brick wall and takes our cauldrons full of goodness with a ladle.

What humanity creates is just as dangerous as this fire disaster

The comments that were made with regards to this disaster, whether it be by Greeks or by the Turks shows just how low they have stooped, and the lowest point humanity has reached.

For those who made comments on social media about how the Greeks ‘were deserving of this’, I sincerely leave them up to God to deal with. You can find some comments regarding this at this link: http://www.mynet.com/haber/guncel/yunanistan-daki-yangin-felaketi-icin-kan-donduran-yorumlar-sosyal-medya-ayaga-kalkti-4290340-1 (to all my foreign readers, better you don’t understand what they said. Please note that these people are not representatives of who we are. The majority of us Turks are morally conscious and compassionate).

Of course, there’s another side to the story. I had learned from one of my Cypriot Greek friends in the army that they used to get educated to believe “the best Turk is the dead Turk”. So unfortunately, both sides have lost humanity and have racist and bigot beliefs. I would like to give another example from the Greek side: on the Mora (Peloponez) peninsula, in the Kalavryta district there is the patriarch Amvrosios who said that the reason that so many people died in Greece was due to the fact that the Greek Prime Minister, Mr. Alexis Tsipras was atheist.

“The atheist Prime Minister Alexis Tsipras is suffering from God’s anger” said the patriarch, who was faced with much reaction from the Greeks. Sharing his beliefs on his personal blog, Amvrosios said “the SYRIZA atheist is the reason for this disaster. Their atheism is the reason for God’s rage”.

I have two things to say to Amvrosios: as a person who has taken on a religious role in the 21st century, does your ears hear the things that come out of your mouth? Normally, most religions are set on the same foundation: to lean on the practicality of being a good person. What you have said does not comply with humanity. Persons of religion must be the opposite and embrace and console people. Where there is so much pain, the things you say are of most embarrassment and shame.

Arson is the most likely reason

Besides, this has got nothing to do with God’s rage as the patriarch said. If we put these fabrications aside and look at the situation from a scientific point of view, I also cannot say it was a natural disaster. They also couldn’t find any evidence to say that it started from lightning. I believe, most likely that this fire started from a pure incident of arson. When I had previously gone to Greece, many of my Greek friends would always point out the fires that occur every Summer would be deliberately set off by those that wanted to earn money. Confirming this is true, Greece’s Alternate Minister of Public Order and Citizen Protection, Mr. Nikos Toskas, commented on the fire disaster in his country by saying, "We have serious indications and significant findings of criminal activity concerning arson”. Also, from what I read, the fire didn’t start from one place, but infact from 6-7 different points. This then strengthens and supports the notion of arson. If they have satellite pictures in their hand, then they can clearly verify if it was an act of arson.

Naturally the intense heat and the wind in the forest area can fuel the fire. The Fire Department Chief, Sotiris Terzoudis said that at the time that the fires started, they spread very fast as the winds raged at 100-120 kilometers per hour “with all the firefighting teams participating in the firefighting activities, from the start to the end, it took us 1.5 hours to put the fire out”

So, why have the forests suffered from a rash of arson attacks? Have you thought about this in detail? Not only have they happened in forests in Greece, but this has happened many times in Turkey too. The reason for this is money. They are paving the way for redevelopment and for construction to be made in these forest areas. This way the forest loses its value to be declared as one and licenses are easily given for it now to be redeveloped for construction.

The mafia wannabes who are continually looking for ways to earn money have pulled these innocent people’s lives into their greed, and the remuneration that the councils and even some individuals who will personally make money from this (unfortunately some public authorities are even involved) means it sounds like an inevitable thing to do.

How can we reverse this?

Firstly, there are some urgent things that require attention. Firstly, starting with our country, the whole world needs to work towards heavily penalizing these arsonists. They need to be sentenced to the likes of committing murder. Besides, many people did lose their lives at the end of this disaster. And the penalty should not just be shown, it needs to be given. If the arson attacks were done for the sake of earning money, whoever is behind this conspiracy needs to be punished. I recommend that they look carefully into those people who further down the track may ask for a license to build in these areas. And as a matter of fact, they should clean up the forest and immediately replant.

In the long run, in order to avoid pillaging of mother nature, that has taken shape for millions of years, this production encouraging wild capitalist system needs to change. As the population keeps increasing, it cannot keep producing the natural source of water in a world where we are fast consumers. We are quickly bringing our lives to an unlivable state. In order to reverse this, in our current day, we need to reward those who take charge to help protect nature and evolve to severely punish those who damage or hurt it. Otherwise there will be no world for the following generations to live in. In order to give you an idea of how we can change this system, I’d like to share Eco Currency’s concept with you below.

Note: The video I have shared above about “Eco Currency” has no association with the recent crypto currency “Eco”. The “Eco Currency” video I shared is about a feasibility study. It explains how this system, which was setup 8 years ago, should work in the easiest of ways.

Note 2: 2 weeks after I wrote this article, there was a severe forest fire that sparked in Canakkale. You can read the news at this link: http://www.hurriyet.com.tr/gundem/canakkalede-orman-yangini-40927496

As I already mentioned in the article, unfortunately there is a "pillaging culture" on both sides of the Aegean. In order to bring this to an end, the people from both sides need to be a little more sensitive and compassionate.