An unnecessary and harmful invention: fireworks 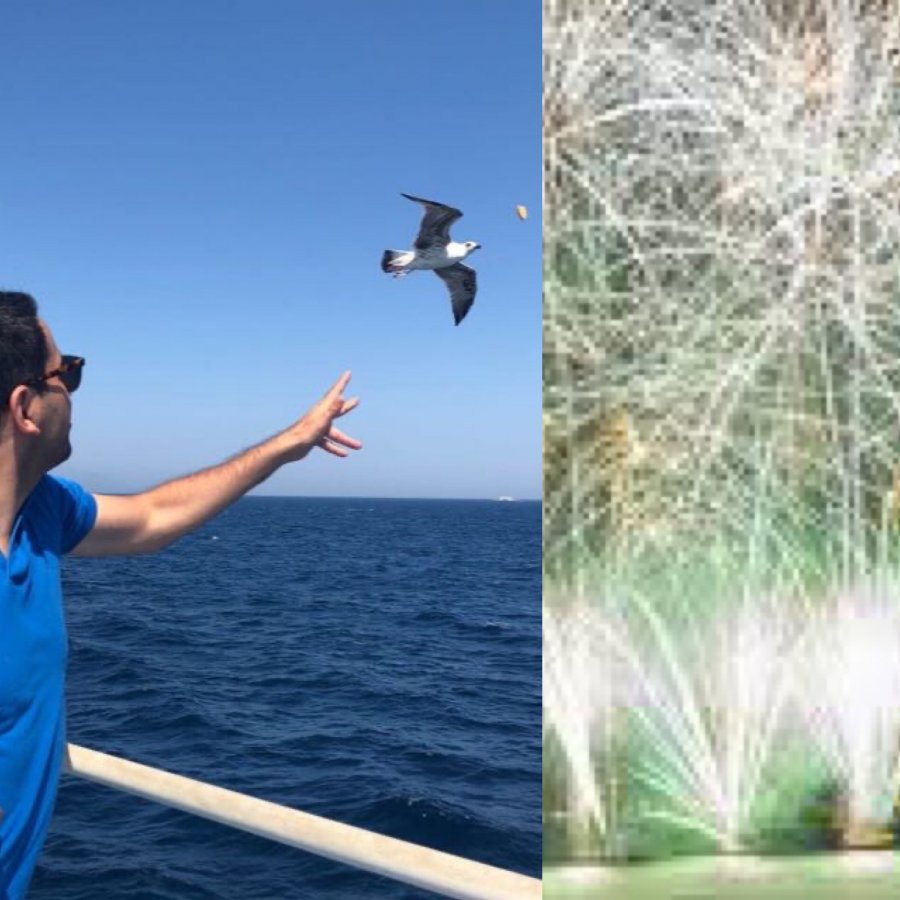 At the beginning of July, 7 people were killed and over 100 were injured in the explosion at a fireworks factory in Sakarya. After this grave accident, fireworks suddenly became the agenda. I also have something to say about it. I would like to tell you about the events and observations I have about fireworks.

When an uncontrolled explosion occurred in a factory in Sakarya's Hendek district, 7 people died and more than 100 were injured. I would like to share with you the link to this news and the video showing the moment of the explosion:

After this explosion, fireworks suddenly became an issue. My thoughts are very clear on this as someone who has a painful experience with fireworks. First of all, let me share with you an incident that I experienced, then I will convey my observations and thoughts.

We went to the season opening match of Galatasaray. They opened the season by playing a match with Monaco that season. This match had two special features. This match was one of Galatasaray's legendary football player, Ugur Tutuneker’s jubilee match which previously was Hagi’s first match at Galatasaray too. I am talking about exactly 24 years ago. Yes, the opening match of the 1996-97 season. Matches were played at Ali Sami Yen Stadium at that time.

I finished my 2nd year classes at universities in Canada, I returned to Turkia for their summer holidays. The opening match coincided with the summer as does every season. We went to the game with 6-7 friends and family members. My twin Baran and his girlfriend were also with us. Shows were held before the match started. After dancing performances, songs and announcements, suddenly a fireworks show started. Those who watched the match at Ali Sami Yen know where each grandstand is located. We were in the closed stands in that match. Usually, my seasonal seat is in the grandstand, but this time we took our place in the grandstand on the opposite side for the opening match. When the fireworks display started, the ones in the numbered stands got excited. As enthusiastic as they were, an opposite event happened on our side: There were people fighting for their lives. What actually happened?

They put the fireworks on the ground like a canopy overhead and suddenly fireballs began to rain down on us like a waterfall. In an instant, everyone tried to go upstairs to escape this fire waterfall. There was a confluence from the bottom to the top, as those who were below in the big grandstand made great efforts to throw themselves up. Those fireballs that rained on us really hurt. I can even describe the event in one sentence: We were on fire!

I jumped to the top with a reflex after the first fireball hit me. There was dust and debris everywhere. Just then, I suddenly saw my brother's girlfriend over my shoulder. She was alone, unable to get up, trying to cover her head. She was hurt so badly because she was wearing a synthetic top. So, the outfit where the fire fell was sticking to her skin. I jumped down immediately. I lifted her up onto the top stand and then onto the next stand. Then we were able to go up high and escape from the fire waterfall. Of course, while I was carrying her up, I was exposed to a lot more fireballs and I was seriously hurt, but it didn't matter; at least I personally saved my brother's girlfriend, who was also my high school friend. We all had burns on our hands, arms, shoulders, torso and legs. This was not an acceptable situation. Because our sports club, to which we are passionately attached, almost killed us. Even more than death, they almost burnt us alive. This incident was talked about for a long time amongst Galatasaray fans, but no fans wanted to cause trouble for their team and therefore didn’t make a mention of it.

I remember that I got angry with this incident and didn't go to matches for a few years. I still don’t get it, just so the people in the stand across to us could have fun, we got burnt. Later, I started to think about the event multidimensionally. Maybe it was because of the use of cheap fireworks that they fell like a fire waterfall before taking off. So, what was the effect of the fireworks that took off and exploded above? Of course, birds suddenly came to my mind. Who knows what life-threatening threats are posed for them? As a matter of fact, when I did research later, I learnt that fireworks cause mass bird killings.

It is a pity; it is a sin. In our world, where these precious creatures have just as much right to live like us, what does it mean to take their lives away just so some people can have fun and have their egos caressed?

The use of fireworks around the world

Fireworks are used not only in stadiums, but also in many events organized collectively. Also, fireworks shows are organized on special days in many different countries of the world. For example, fireworks are used in abundance at some country's liberation days or New Year's to bring enthusiasm. Of course, sometimes hundreds, thousands, tens of thousands, hundreds of thousands and even millions of people come together and watch these shows with admiration.

Speaking of millions, I was in New York on New Year's Eve, connecting 1999 to 2000. So, I was at that famous Millennium entrance party. I took my place with my Canadian girlfriend at the time in that crowd in New York City, where the most magnificent shows in history were experienced and millions gathered.

The show was beautiful, the atmosphere was very crowded, but in my current mind, I wish fireworks had not been used. Music and wonderful light shows were enough. We waited for hours that night, my feet were so sore. As we entered the year 2000, everyone was getting excited at the countdown in the last 10 seconds. Believe me, there was no need for fireworks when emotions were already this high.

Ill-mannered fireworks at weddings in Turkia

Of course, the use of fireworks is one up in our country. In fact, it has reached a new level of rowdiness beyond belief. In our country, fireworks are used in all kinds of weddings, events and shows.

There are now more traditional forms of behaviour in Turkia. For example, summer is the wedding season. From the beginning of summer until the end of summer, my friends or family friends have one or two weddings almost every weekend, usually all with similar concepts. In the venues by the Bosporus, you can witness plenty of music, dance and shows in an open air with decorated environments. Among these shows, the fireworks show is especially very popular. In fact, you can witness fireworks display almost every day on the Bosphorus in summer. On some weekends, fireworks are detonated in several places at certain intervals. Of course, we can say that this situation has changed with the Covid-19 outbreak. However, the passion of having a wedding on the Bosphorus in the summer is a never-ending love amongst the Turkish people. When conditions return to normal, these will continue full throttle.

During fireworks demonstrations on the Bosphorus, a boat stops near the venue and will detonate fireworks from the boat. During these performances, I generally look at the reactions of the bride and groom rather than the fireworks that explode above and radiate light. Almost always there is a scene like this: While the bride and groom are arm-in-arm watching this show, the groom will swagger and brag at the peak of the showdown, he looks at his bride and the fireworks with pride. He kisses the bride from time to time according to their level of public affection. It is almost like saying, "Look, see, how much money I buried in this unnecessary thing that makes so much noise and radiates light." The bragging of the man is directly proportional to the explosion sounds of the fireworks and the strength of the lights emitted.

The same is true for brides. Throughout the fireworks show, their mouths are smiling to their ears, and while some of them are deeply moved and tearfully watch this moment organized for them, they almost say, "How beautiful it looks, how much my husband values me that he prepared such an iridescent show for me." In terms of women, how much the man loves him is perceived in direct proportion to the explosion of fireworks and the lights they scatter.

Of course, not everyone is like this, but I'm talking about the general public. I can see them clearly while looking at the bride and groom. Moreover, when I recall those fireworks and iridescent weddings I witnessed at the time, I realize that a significant majority of these marriages either ended in divorce or caused serious family trauma. In other words, things are not suddenly great by blowing up fireworks. When we look at the essence of marriage, the important thing is to set up a home and put your life in order, to be happy and if they can, raise good children to the homeland, nation and humanity. I don't like to talk big, but I definitely don't want a fireworks show at my own wedding. Nor do I think I would marry a bride-to-be who would demand this (or imply this to me).

1 message and 5 reasons to ban

As a result, I think fireworks should be banned for the following reasons:

I want to finish my article with the following hashtag message and I expect support from everyone on this issue: # havaifişekyasaklansın (#fireworksshouldbebanned)

In addition: One month after writing this article, a serious fire broke out in the Dedeman Hotel in Konya due to fireworks. Unless the use of fireworks is prohibited, the events causing this disaster will continue. Here is that video: