Battling injustice with my twin, Baran 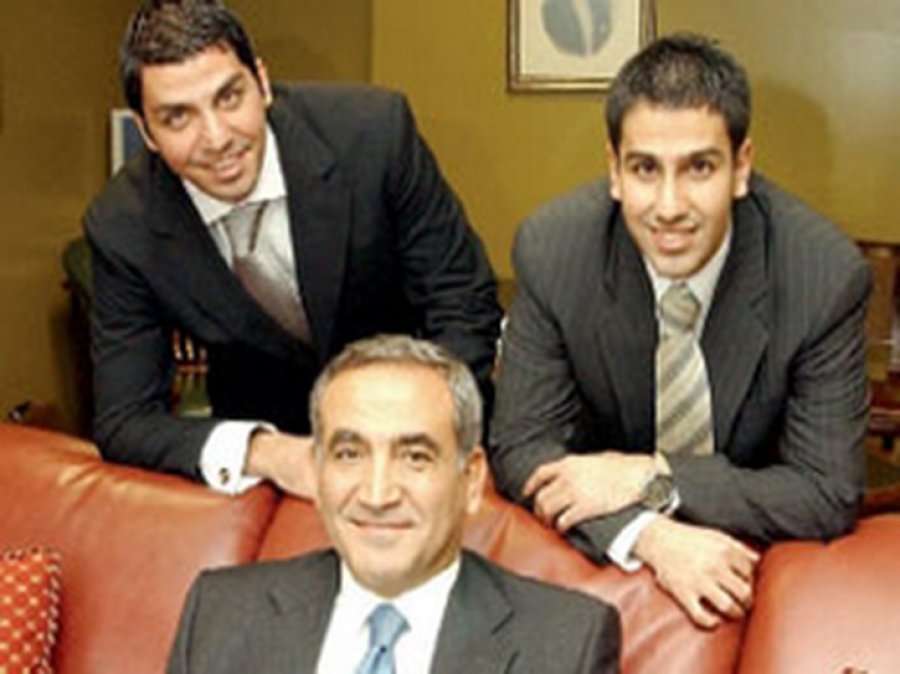 In this, my second post outlining experiences unique to twins, I remember a “hard-hitting” adventure Baran and I had in the last grade of middle school, as well as its repercussions and its lessons.​

In my last post I wrote about what it is like to be a twin and related a memory I share with my twin brother, Baran.  I mentioned that, as fraternal twins, we were very different in every way and explained that differences can enrich and should be turned into an advantage. Naturally, Baran and I have shared a great deal since our childhood, and some of these memories represent turning points in our lives that will never be forgotten. It’s one of those memories that I would lile to share with you here.

The first term of the last grade of middle school had ended. Mustafa Abi, who was employed both at home and as our driver, took us back and forth to school. On that particular day he was late (the fault, as usual, of Istanbul traffic). The service buses had all left and we were waiting on our own across from the entrance to the school for Mustafa Abi to come. I was a good student all through school, receiving honors both in middle school and high school, and I went on to graduate from McGill University, one of the best universities in Canada. On that fateful day, as I waited with Baran for Mustafa Abi, I had a book bag on my back and a report card and certificate of commendation in my hand. The school was located on a steep hill in Tarabya. Coming toward me down the hill was a large group of students. The person I took to be the leader of the group came up to me and we exchanged the following words:

-“Is that a certificate of commendation you’ve got there?”

Once I’d handed over the certificate things took a sudden turn for the worse.

“How nice,” he said. “Now look here, hand over 20 bucks or I’ll tear this certificate up.”

Baran was the first to react. “What do you think you’re doing, give me that certificate,” he said, going on the attack. He’d no sooner spoken than others intervened. There were a lot of them, I’d say at least 15. We were surrounded. Right away they protected the one trying to extort money from us. When Baran made his second move he got punched.

I want to make one thing clear: I don’t like fighting. In fact, I avoid fights at all costs. Not once in my life have I started a fight and I’ve prevented fights from happening on many occasions. There have been four or five times I was involved in a physical fight and in each case it was started by the other side and left me no choice. When people fight something happens to them, and they’re later unable even to remember what they’ve done. Every time I was forced to fight it turned out badly for my opponent.  The main reason I defended myself in these fights was something my dad had repeatedly told us ever since we were little. This is what he would say to me and my twin brother: “In this life, never violate the rights of others, but don’t let anyone violate your rights either. If someone tries to trample your rights you’re entitled to do whatever it takes to stop them. And if that means getting into a fight, don’t hesitate. Always stick up for your rights.”

Some might object to these words of advice, but, take it from me, they’ve been a good guide every time I’ve faced adversity. We really should react each and every time we believe our rights are being violated.

That particular day perfectly illustrated what my dad meant. The students confronting us were from a nearby school and thought that we, as boys from private schools, were a couple of pushovers. These bullies had threatened to tear up my certificate of commendation and had ganged up on us, even going so far as to punch my twin, Baran. I had no choice but to fight back.

They might have considered us to be a couple of rich pussies, but there was something they hadn’t factored into their calculations. The first was that we had a father who’d prepared us for situations like this, and we would not accept bullying. The second was that Baran and I did sports together every day back then. We played football, basketball and table tennis in the yard of our house. These games would inevitably result in a disagreement which would sometimes turn into a scuffle. The fighting would always end when my grandmother came over, as a sign of our respect for her. What this all meant was that Baran and I had had plenty of practice fighting.

Now, we stood back-to-back and socked it to whoever came up to us. We were greatly outnumbered. We’d be in the middle of knocking one down and another would pop up. They swung at us from all sides. We battled them like this for about 20 minutes, with both of us managing to stay on our feet. In fact, at the end of that 20 minutes about eight or nine of our opponents were sprawled on the ground and others had run away. Still, there were so many of them that we were still under attack. One of the first guys to run away was the one who demanded I give him money. It was the arrival of Mustafa Abi that brought an end to the fight. He was normally a mild-mannered man who was reluctant to argue even with his wife, but he leapt out of that car with a flying kick. I started watching him as I kept beating back our opponents. I was in shock. He got right in there and started swinging away with us.  They were stunned to see we now numbered three, and thought it best to beat a hasty retreat. Blood was spattered all over the ground. Except for suffering a few direct hits Baran and I were no worse for wear. Our opponents had scattered completely. We chased after them but lost track of them when they dashed into the side streets of their neighborhoods in Tarabya, where we’d never been before.

And what about my certificate of commendation? Interestingly, it had fallen to the ground and except for a tear was as good as new. We picked it up and continued on our way.

But that wasn’t the end of it. There was more to come.

The second term of the school year started. I was in the canteen chatting to some friends when Baran burst in and shouted:

- “Brother, those guys are back. There’s huge group of them waiting in front of the school. When they saw me in the garden they said ‘there’s one of them’ and tried to climb over the wall.”

“What? Let me have a look,” I said, taking a glance outside.

I was amazed by what I saw. There were at least 200 to 300 guys out there armed with all kinds of sharp instruments. The ones we’d scrapped with had come back with a bunch of their classmates.

“Let’s get a group of guys and plunge right in,” Baran said to me. I told him not to be ridiculous, and pointed out that even if we gathered together all the male students at our school we wouldn’t match their numbers, not to mention that none of us would be able to use makeshift weapons. We then called our father’s chauffeur, Turan Abi. He had friends in the force and immediately phoned up the police station in Tarabya and told them what was going on. A large group of police came and dispersed the crowd in front of our school. In order to make certain there weren’t any future incidents they waited in front of the school and patrolled the area for a few months.

And that was the end of that. What I learned from everything that had happened was this:  the first person to stick up for me at the worst of times was Baran. I also took the initiative and protected him a few times. No matter how different we are, no matter how difficult it sometimes is for us to understand each other and no matter how angry we can get at each other, we both know that there will always be someone there to get our backs. Both of us are absolutely certain that when the chips are down the other one will be there to do everything he can to help us get through life’s rough patches.

And that’s why I consider it a gift to have a twin brother. 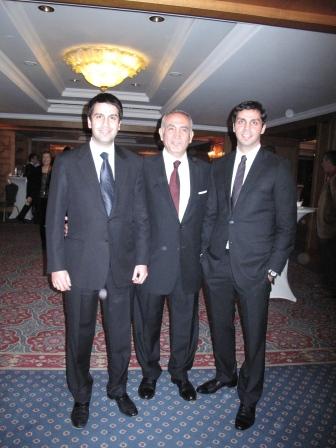